KERRI LYNN grew up on a ranch on the edge of the wild forests of British Columbia. Along with her love of the outdoors, she has played around with and studied words since she was a child. She is the mother of four teens and a dog named Charlie. Kerri loves nature, imagination, and all things spiritual.

Purchase Your Copy!
​ The Bookmaker is Coming Soon to major online retailers!

Lynn offers a magical story that feels light and airy despite its deep worldbuilding. The author particularly shines in her poetic descriptions of supernatural beings, which allow readers to easily envision even the oddest-looking ones.
Readers will look forward to future instalments, which will likely develop this complex world further.
​
A lyrical and creative tale that brings ideas to vivid life." 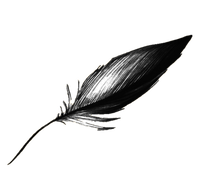